skip to main | skip to sidebar
The WRT has moved. If you're looking for info, entries or anything else bikepacking related try Bear Bones Bikepacking, the Bear Bones blog or the Bear Bones forum - ta.

The WRT is a 3 day and perhaps more importantly 2 night ride through and around mid Wales. You'll be expected to be self sufficient, carrying everything you need and sleeping out in or under whatever you think best. It's not elitist, entry is open to anyone who wants to try it. All the money raised by the WRT goes to the Wales Air Ambulance charity ... an organisation I hope you'll never need.

For those of you who don't know, Joe Meiser works for Salsa Cycles and has a wealth of bikepacking and ultra racing experience. He's been kind enough to answer a few questions, it makes interesting reading. You can read more of Joe's thoughts and see what he's up to here http://salsacycles.com/culture/author/13/

1/ Have you noticed much increase in interest in the whole bikepacking and adventure cycling thing in the last couple of years and do you think it's a market that will continue to grow?

Absolutely, in both anecdotal and quantitative measures. The Adventure Cycling Association publishes their fiscal results and is showing significant growth in both on and off-road touring/bikepacking. The Tour Divide race and the , considered a top adventure for bicycle tourists continues to grow in popularity. This year, much do to the success of the film “Ride The Divide” the start list is over 100 riders long. Here at Salsa we consistently hear stories of individual’s first overnighter/S24O or multi-day bikepacking trip. We could delve into the external factors as to why it’s growing and they are important, but most importantly, we are seeing more folks wanting to experience an adventure using their bicycle as the tool.

2/ Do you think races like the Tour Divide have had a big impact with regard to increasing peoples awareness of bikepacking, etc?

The Tour Divide, or a tour on the , is clearly seen as the defining event or experience for adventure cycling and bikepacking. The Tour Divide has clearly increased awareness and been a catalyst for other events and for individuals to simply, get out there and try something. I imagine we’ll see many riders trying other events such as Trans Iowa, Dirty Kanza, Colorado Trail Race, Arizona Trail Race, among others as a stepping stone to attempting the Divide. The Divide will continue to be the penultimate event until something bigger and longer comes along.

Any chance the at large will get on 29ers? They’ve clearly shown their popularity and usefulness in these parts and we are certainly trying to grow their popularity elsewhere. Until then, we’ll consider your request, but I wouldn’t hold your breath.

4/ So, the Ti Fargo ... was it designed to be the ultimate long distance, backcountry bike?

The in general was originally intended to be the ultimate bike for touring and/or racing the Divide. It has proved itself on the Divide as well as tours elsewhere in the world. Over time we’ve made improvements to the and applied them to the Fargo Ti that I believe still make it the ultimate bike for riding/racing the Divide even though most others are ultimately still using flat bars. Is it the ultimate long distance, backcountry bike? I guess that depends on terrain. I’d rather be riding our Spearfish when the terrain turns to rocky, bumpy singletrack, like the Arizona Trail, or our Mukluk when it gets sandy or the snow starts to fly. You see, I really think it depends on the terrain and experience. The is best suited for gravel roads, rocky mountain passes, and less technical singletrack in my opinion. It really is a great “all-arounder”.

5/ Drop bars off road ... a growing trend or only for a small minority?

It’s funny…all things seem to come full circle. I’ve got a post card at my desk with Jacquie Phelan sitting on her drop bar equipped Cunningham, Mike Riemer (Salsa Marketing Manager) has a photo of himself aboard his Bridgestone MB-1 riding drop bars as well. Drop bars off-road will continue to remain niche. That’s my belief anyway. We are seeing growth in our Woodchipper bars, both in riders putting them on our bikes and others. The appeal of the Woodchipper extends beyond off-road riding to touring, gravel racing, and urban riding. I think everyone should have a fat tire(tyre), drop bar bike to keep the local trails interesting and the adventure rides comfortable.

6/ Do you have anymore bikepacking specific products in the pipeline or is it top secret?

Top Secret. In general you’ll see Salsa product continue to focus on multiple facets of Adventure cycling. Our bikes are built for adventure and we have many parts and accessories that support the experience. We’ll continue to add bikes, parts, and accessories built for Adventure. I wish there was something specific I could share…but keep your eyes open mid-late summer for new 2012 product from Salsa Cycles.

I’ve used all three and they all have distinct advantages/disadvantages.

I used a bivy in 2009 when I raced the Divide. I found it to be clammy, and ultimately it didn’t serve me that well. I still use it these days, but mostly in lieu of taking a sleeping bag. I’ve since cut off the stake out points and bug netting. When the nights are warm I just wear a light down sweater and slide into the bivy for wind protection. If there are bugs I wear a simple bug net over my head and slather some DEET on my ears. I find that bivy’s collect too much moisture and are far too constraining so I typically trend towards my tarp. I’m still hoping to find a good use for the bivy though.

Tents are great in groups, for bugs, and in the winter. I’ve used tarp tents in the past and now have a Black Diamond Megalight that I think is great in the winter. I’ve added a woodstove boot to the peak of mine and made a small woodstove to heat it up. While it burns through wood quickly it will warm the tent into the 40’s on a 0F day. It isn’t something I’d race with, but it is definitely a nice luxury on a tour. Aside from that, tents have an enormous footprint to lay out gear in and hide under. I suppose this could be a disadvantage in some terrain, but mostly it is a good thing. In groups, tents can actually be lighter when considering overall gear weight. My BD weighs roughly 2 lbs, where a bivy or tarp weighs 1 lbs. So, for two people the tent can weigh the same per person and provide more useable, comfortable space. I still don’t have a bug net for my tent and so I continue to use DEET and the head net. Some day…

Tarps are my go to most of the time. Currently I have a Mountain Laurel Designs Grace Solo Sil-Nylon. It’s got plenty of footprint for sleeping under. On tours, like our trip, I pair it with a ground cloth (a piece of Tyvek house wrap). During races I use it with just my quilt and a sleeping mat to keep weight and simplicity in check. If the night is dry I’ll just use it as a ground cloth to protect the inflatable air mat. If the night is going to be wet with dew or rain I’ll pitch the tarp with a couple of sticks. I never carry poles with me. There is always some sort of found object than can be used for a support. So far, I’ve yet to be in a situation where the tarp didn’t suit me well.

In the end it comes down to choosing the right shelter for the environment you’ll be in and that is only something that can be determined with planning and experience. Who am I to say what will work in the , or anywhere else. I hope my experience helps the debate!

8/ Fat bikes such as the Mukluk are obviously great for riding on snow and sand, do you consider them viable for more 'normal' trail conditions?

I consider the Mukluk a viable option for all kinds of trail conditions, both with and without the fat tires. This summer I plan on riding it with a fat front some days and a fat rear with a 2.4 front others. I’m going to continue to play with our bike and figure out just where the limits are.

Our second Mukluk prototypes came in the heart of our summer riding season. Fortunately, the River Bottoms Trails, two miles from our offices had seen a good amount of flooding that year. It was perfect Fatbike terrain with deep sand and flood debris strewn about. The bikes saw quite a bit of time down on the River Bottoms to and from work on my 25 mile commute before the stinging nettles drove me away.

I’m not sure if you guys have stinging nettles in the or not? They are a perennial plant with leaves covered in thousands of microscopic stinging needles. The needles inject several different chemicals that cause a serious amount of itching and pain for some time after they are touched. Sections of the River Bottoms are so densely packed with them that exposure is inevitable. I’ve literally teared up from the pain, riding through them on a hot summer day even wearing full leg and arm covering to ward them off.

There has been chatter in the past from riders considering a Fatbike for the Divide because of the tire clearance and I was curious to see how it would ride with typical MTB tires. For the second half of that summer I rode my Mukluk with Salsa Gordo Rims and Schwalbe 2.4 tires. Now that it is summer here again in I’ve put a new set of ‘summer’ wheels on another iteration of Mukluk prototype that I plan on riding through this summer.

Bottom line is that Fatbikes work well for regular mountain terrain, but the wheels weigh a lot more than a standard MTB wheel and tire.

9/ Which frame set do you sell most of?

Salsa used to be a frame and component company, but today we are focused on complete bicycles, frames, part, and accessories. In 2011 we’ve seen strong sales in our core bicycle and frame models. The Salsa Vaya, , Spearfish, Mukluk, and El Mariachi are very near even in sales this year. They are our core products. It is quite satisfying to see how each of the bikes has been received by our dealers and ultimately the consumers.

10/ If you could only ever take one more ride, where would you go?

Easy. I would go around the world with my family. It would be an epic adventure to travel through dozens of different countries immersing ourselves in different cultures, languages, foods, and beliefs. There are several inspiring adventure riders out there doing just this. It is inspiring to see them ‘leave it all behind’ in pursuit of understanding. I’d start south through , Central, and South America then fly on to and . Asia, , , and would be next. I’d wrap it up in Europe, , and parts of the …as a nice way to ease back into society, or on my way out, depending on the circumstances. I think 10 or so years would be sufficient time period to take on this last trip, but it could last a lifetime. If you know of anyone willing to fund such a thing, please send them my way.

Posted by Bearbonesnorm at 8:54 AM

People supporting us ... Support them 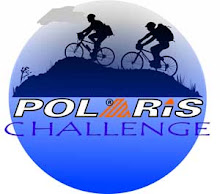 People Supporting us ... Support them.

Pic of the week 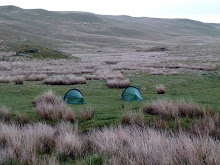 People Supporting us ... So support them.

People Supporting us ... so support them.

People supporting us ... so support them

People supporting us ... support them 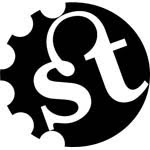